ARMSTRONG is a dramatic and emotional documentary that features never-before-seen family home-movie footage, along with still and moving images that chronicle Neil Armstrong’s incredible life. With the support of the Armstrong family, including his two sons Rick and Mark, the film details his near-death experiences as a fighter pilot in Korea, his test pilot days, the drama and excitement of the Gemini 8 and Apollo 11 missions, and the challenges that followed his extraordinary fame.

Armstrong’s own words narrate the movie, voiced by Harrison Ford.

The home movies in Armstrong have never been seen outside of the astronaut’s family. Using that footage alongside archive from NASA, and documents from the Armstrong Archives at Purdue University in Indiana, the film covers his early days at the space agency, the drama and excitement of the Gemini 8 and Apollo 11 missions, his near-death experiences as a U.S. Navy fighter pilot in Korea and as an experimental test pilot, and the challenges that eventually came with his extraordinary celebrity.

There are new interviews with friends and family as well as NASA Apollo astronauts. Michael Collins, a crew mate of Armstrong’s on Apollo 11, and Dave Scott, a crew mate on Gemini 8, are among the talking heads, as is the late Chris Kraft, the creator of Mission Control.

The film opened in July 2019, with major screenings in London, Houston and Purdue University.

It is available on iTunes, Amazon and many other platforms. It is also available on DVD and Blu-ray. It is distributed by Gravitas Ventures, Altitude Film (UK) and Rialto (Australia and NZ). 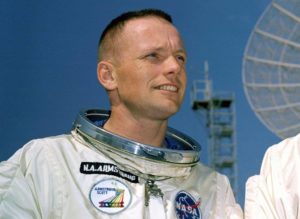 
SPITIRE – INSPIRATION FOR A NATION


LAST MAN ON THE MOON IS RELEASED!